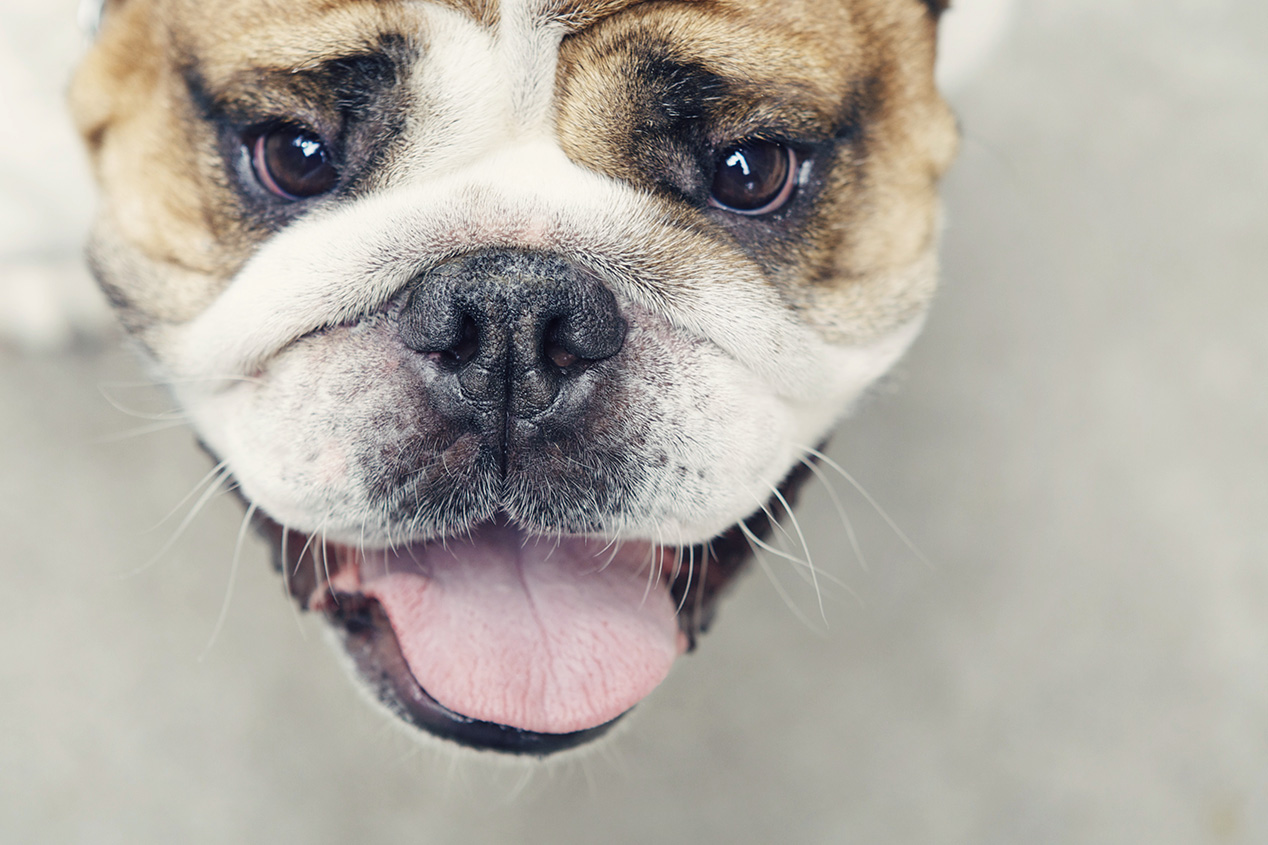 So the name says it all in this beautiful big Bulldogs case “TUGBOAT”
Tug is the unofficial dog mayor of the building he lives in on East 57th street, he resides there with his caretaker Janet.
The name Tugboat was borrow from a friend of Janet’s in Chicago, one could not think of more perfect name for the lovable, strong and steadfast honorary guard dog of the building. As he sits in front of the building watching the world pass one can only smile.
Surprisingly Tugboat has an unusual diet, he does not favor his pound of meat, but prefers pumpkin, cheese, ice-cream and pretzels, he never met a dairy product he did not like. He has a few other cheeky habits besides running off with the roll of toilet paper, occasionally dives into the cupboard and runs off with a shoe and he can also be very frisky at times and gets very over excited in fact we had to cut our shoot short as it can be dangerous for Tug to get to excited and over heated, because he was born with a smaller trachea than usual and he sometimes has difficulty breathing. So summer can be hard for this big guy, though he still manages to get out and about and keep a eye on his neighborhood.